We Value People: The Cox Family

Working in the construction industry has been a way of life for the Cox family. Larry, his sons Kelly and Cody, and Kelly’s son Bridger have all left a lasting legacy in their time together at Sunroc.

“I think construction has been passed down through the generations,” Cody said. “When going to college, I thought about doing more of construction management work, but I really liked working in the field, and that’s what I’ve stuck with.”

Even though Larry is now retired, he firmly believes Sunroc is the perfect employer for his family and enjoys watching them progress.

“Sunroc is just a great place to work for with great people,” Larry said.” I always felt like I was treated with honesty while I worked there, and that’s a big thing for me. They did what they said they’d do, and I felt like I was able to make a big impact with them just getting started in the asphalt business. I enjoyed everything I did with Sunroc.”

The Cox family enjoys the opportunities that they have to see and work with each other when possible—including one particularly memorable project that took place when Larry still worked with the rest of the family.

“I worked on the Cedar Airport project with my brother, dad, and nephew,” Cody said. “That was probably one of my favorite experiences. Having all of those generations there. My brother and nephew work in Cedar City and I’m in Saint George, so I don’t get to see or work with my family all that often. I cherish those moments.”

At first, Bridger wasn’t entirely sure what he wanted to do for his career. However, he decided to follow in the footsteps of his family and head into the construction industry headfirst.

“I decided to jump in having never run equipment before,” Bridger said. “I figured that I’d end up in construction because I thought it would be pretty fun. It took a while to learn the equipment, but now that I’m up to speed, I’m loving it.”

That enthusiasm is felt across the board for all of the Cox family members. It’s felt, in part, due to the stability and culture created for team members at Sunroc.

“I love the stability that Sunroc offers,” Kelly said. “They have the capital, the equipment, the resources, and the right people to get the job done right. It quickly became evident to me after joining that the culture within Clyde Companies is one of the best things about working here. They don’t just say that they value people, they prove it.”

Kelly believes that anyone with drive and desire can find success at Sunroc, the same kind of success that he and his family has felt.

“As a company, Sunroc has a goal to double in size over a five-year period,” Kelly said. “That means that there’s a huge opportunity across the board for growth and development. We hire guys that don’t necessarily have a lot of experience, but we train and develop our employees and let them know about the career path they can have. That’s something that a lot of employers don’t offer. You can go far at Sunroc.” 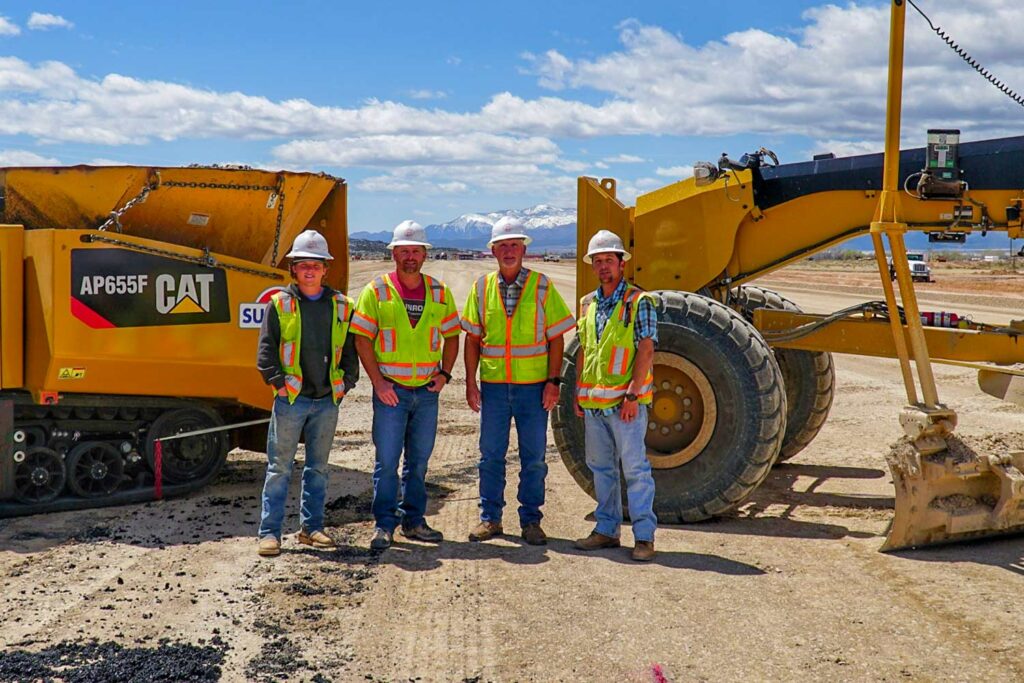 How can we help? Fill out the form and we'll get back to you within the next business day.