As one of the newest full-time employees of Sunroc, Tyson Prince sees limitless possibilities in his career.

“Since I was little, I have loved being around equipment,” Tyson said. “I grew up on a 1,000-acre alfalfa farm. We were in tractors, running backhoes, you name it. I helped create roads and plow fields, and I just loved it. I’ve been around it my whole life, so I figured that I might as well get paid for doing what I love.”

Tyson recently finished a degree in construction management at Southern Utah University. During school, he completed internships with both WW Clyde and Sunroc, learning much about the companies’ processes before graduating in April.

“There’s always a learning curve coming into a new workplace, trying to learn new systems,” Tyson said. “I’ll be honest, my biggest challenge starting at Sunroc was with taking classes while working. I’m not a fantastic student, so trying to finish school while being an asset at work full time was very difficult for me. During my last semester, I took 22 credits while still working 40 hours a week. I really pushed my limits, and it made me better because of it.”

That push to be an exceptional employee came, in part, from stories he had heard about the company from his grandpa’s cousin.

“My grandpa’s cousin, Lowell Prince, had worked for Sunroc for about 35 years on the concrete side,” Tyson said. “So, I grew up hearing about Sunroc and how it’s the best company. So, that’s why I’ve been pushing to get in with them for a long time.” 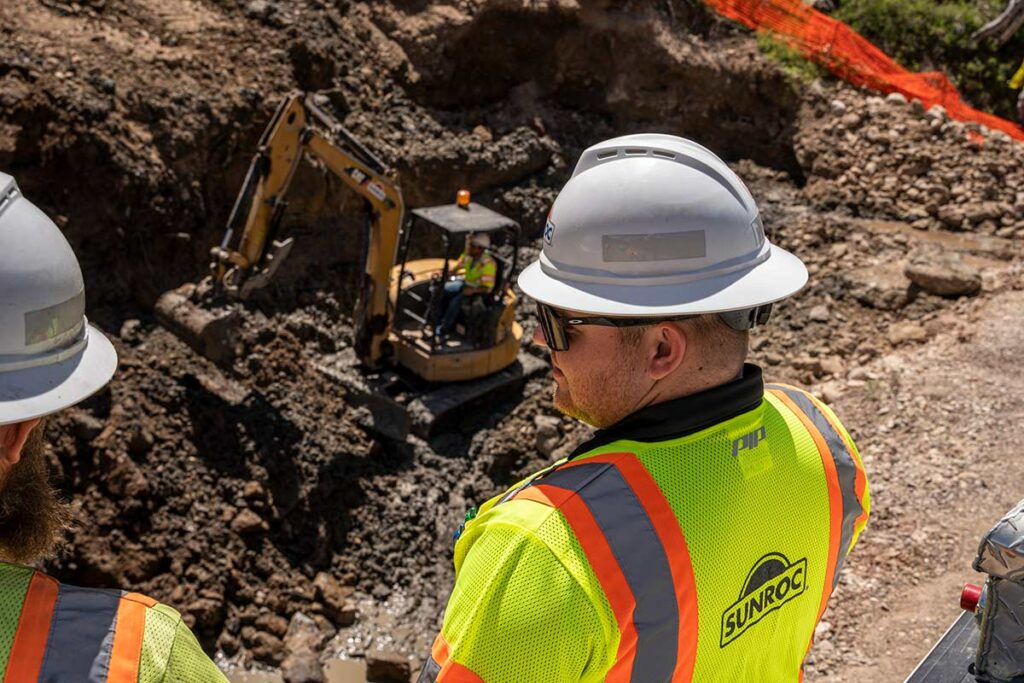 Working at Sunroc in Cedar City, Utah, has been a dream come true for Tyson. What the company stands for has motivated him to perform exceptional work at every job site.

“I love the values of the company,” Tyson said. “I’ve been around a lot of construction companies, and the guys here actually care about the work they do. It’s so fun coming to work with them every day. It’s not just about the paycheck and getting home, it’s wanting to do it right.

“Making a difference in the community with the projects that we do is probably one of my favorite things. It’s really fun when I have family in town and I get to drive them around and say, ‘Yep, we worked on that, built that, and fixed this.’ It’s nice to have that pride of the jobs we’re doing. I want to continue to be a part of that growth and change in the area.”
As a field engineer, Tyson helps bid for jobs and works with the project manager to run the day-to-day operations. His work ethic has led him to be extremely valuable for Sunroc.

“There are a lot of opportunities I have found to take extra classes to learn more skills,” Tyson said. “Sometimes it’s easier to say no, but I think it’s important to take every single one of those opportunities and try to become the most valuable asset you can. It’ll make you more marketable to any company.

“I would encourage anyone to come to Clyde Companies. It doesn’t really matter which subsidiary company because they’re going to give you an opportunity to grow. They’re going to take the time to invest in you as a person and to make you a better individual and employee, which is pretty unheard of in the construction industry these days.”

How can we help? Fill out the form and we'll get back to you within the next business day.